Since Hexcrawls Are Canceled, we need to be able to spout off natural paths. Most of this info is taken from the below sources and Wikipedia, assembled for your convenience:

Remember to start with mountains:

I would usually make a random table for this kind of thing, but I think it’s not really suitable for it. If you start with mountains on your map, you can extrapolate from there. It’s best I think to just get these terrain features in your head so they emerge naturally in prep or in the moment.

However, you should definitely use my horizon distance calculator to determine how far the party can see when they surmount the knoll.

I’ll show examples and a brief stolen description of each.

An elevated place. As in all the following entries, the largest example of each is listed first, all the way down to the smallest. 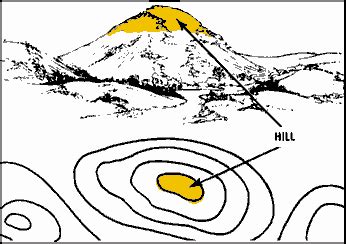 A line of hills.

A low area between the hills of a ridge.

A sharp drop off from a hill.

A raised bit coming off a hill. 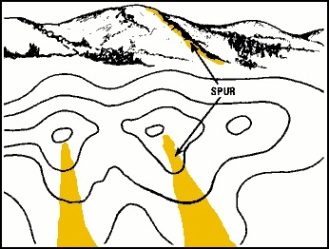 A small valley, typically with the broad side of its long “V” shape at the bottom, tapering toward the top, where the runoff begins to flow down the hill.

You have encountered a crippling depression.

A depression in geology is a landform sunken or depressed below the surrounding area. Depressions form by various mechanisms.

A glen is a valley, typically one that is long and bounded by gently sloped concave sides, unlike a ravine, which is deep and bounded by steep slopes.

These are ways to get from point A to point B.

A sunken lane (also hollow way or holloway) is a road or track that is significantly lower than the land on either side, not formed by the (recent) engineering of a road cutting but possibly of much greater age.

A mountain pass is a navigable route through a mountain range or over a ridge.

A sinkhole, also known as a cenote, sink, sink-hole,[1][2] swallet, swallow hole, or doline (the different terms for sinkholes are often used interchangeably[3]), is a depression or hole in the ground caused by some form of collapse of the surface layer. 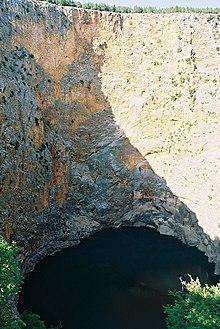 You know what this is. 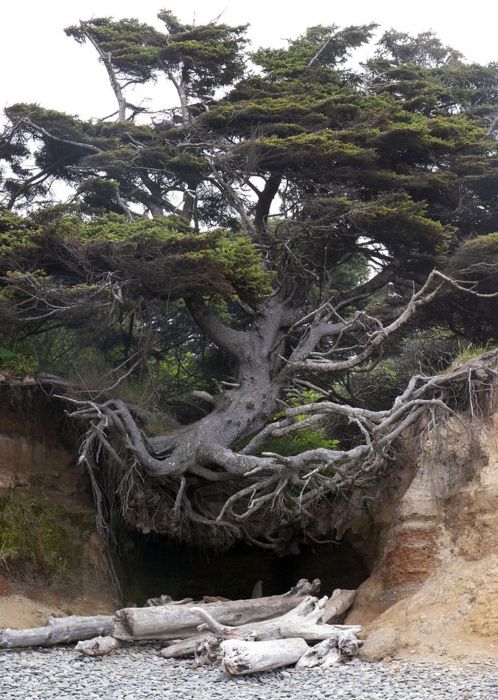 A lake is an area filled with water, localized in a basin, that is surrounded by land, apart from any river or other outlet that serves to feed or drain the lake.

A sound is a large sea or ocean inlet, deeper than a bight and wider than a fjord; or a narrow sea or ocean channel between two bodies of land (see also strait).

A bay is a recessed, coastal body of water that directly connects to a larger main body of water, such as an ocean, a lake, or another bay.

A bight is a bend or curve in a coastline, river, or other geographical feature.[1] It typically indicates a large, open bay, often only slightly receding.[2] It is distinguished from a sound by being shallower. Traditionally, explorers defined a bight as a bay that could be sailed out of on a single tack in a square-rigged sailing vessel, regardless of the direction of the wind (typically meaning the apex of the bight is less than 25 degrees from the edges).

A cove is a small type of bay or coastal inlet. Coves usually have narrow, restricted entrances, are often circular or oval, and are often situated within a larger bay. Small, narrow, sheltered bays, inlets, creeks, or recesses in a coast are often considered coves.

An inlet is an indentation of a shoreline, usually long and narrow, such as a small bay or arm,[1] that often leads to an enclosed body of salt water, such as a sound, bay, lagoon, or marsh.

A marsh is a wetland that is dominated by herbaceous rather than woody plant species.[1] Marshes can often be found at the edges of lakes and streams, where they form a transition between the aquatic and terrestrial ecosystems. They are often dominated by grasses, rushes or reeds.[2] If woody plants are present they tend to be low-growing shrubs. This form of vegetation is what differentiates marshes from other types of wetland such as swamps, which are dominated by trees, and mires, which are wetlands that have accumulated deposits of acidic peat.[3]

A stream is a body of water[1] with surface water flowing within the bed and banks of a channel. 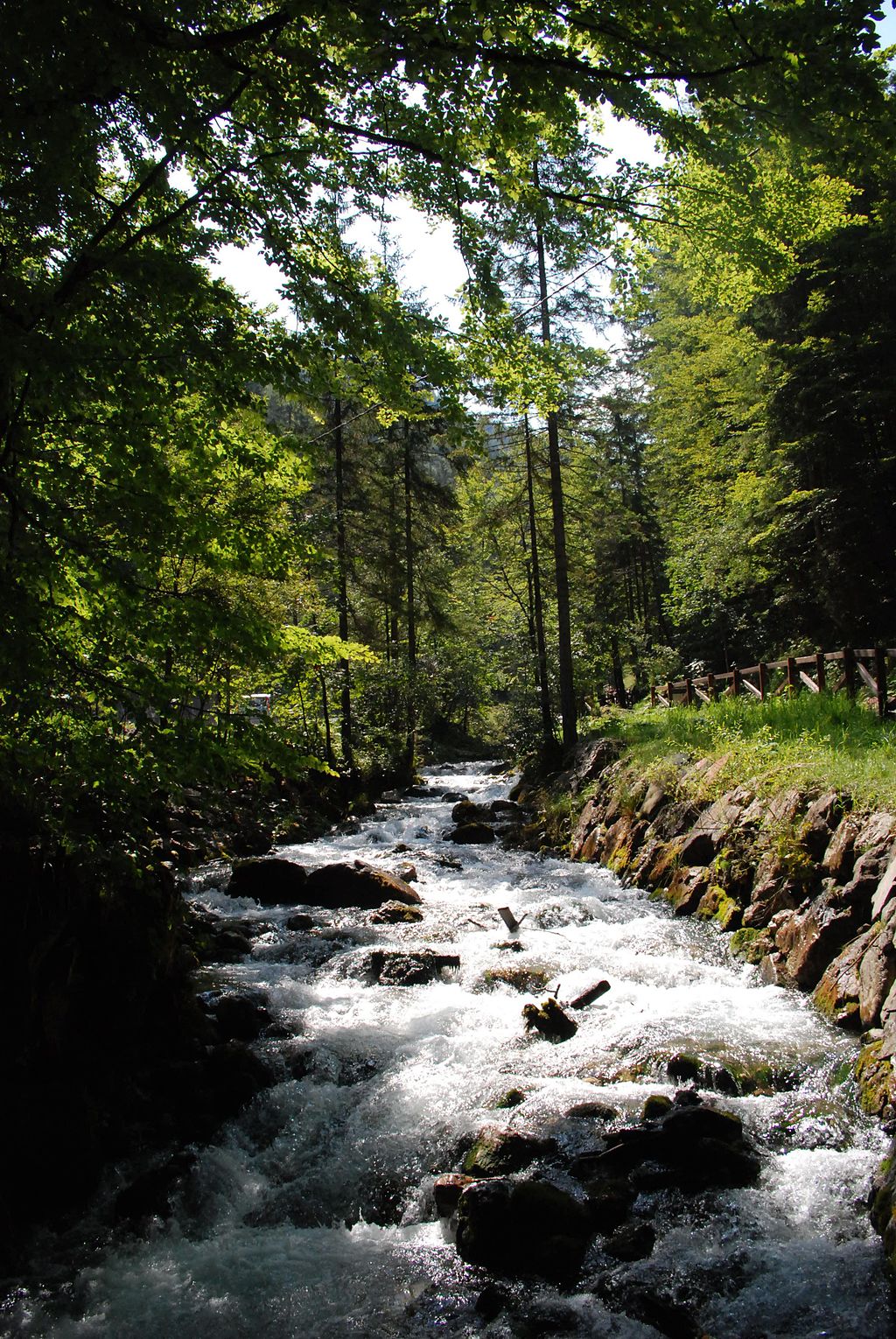 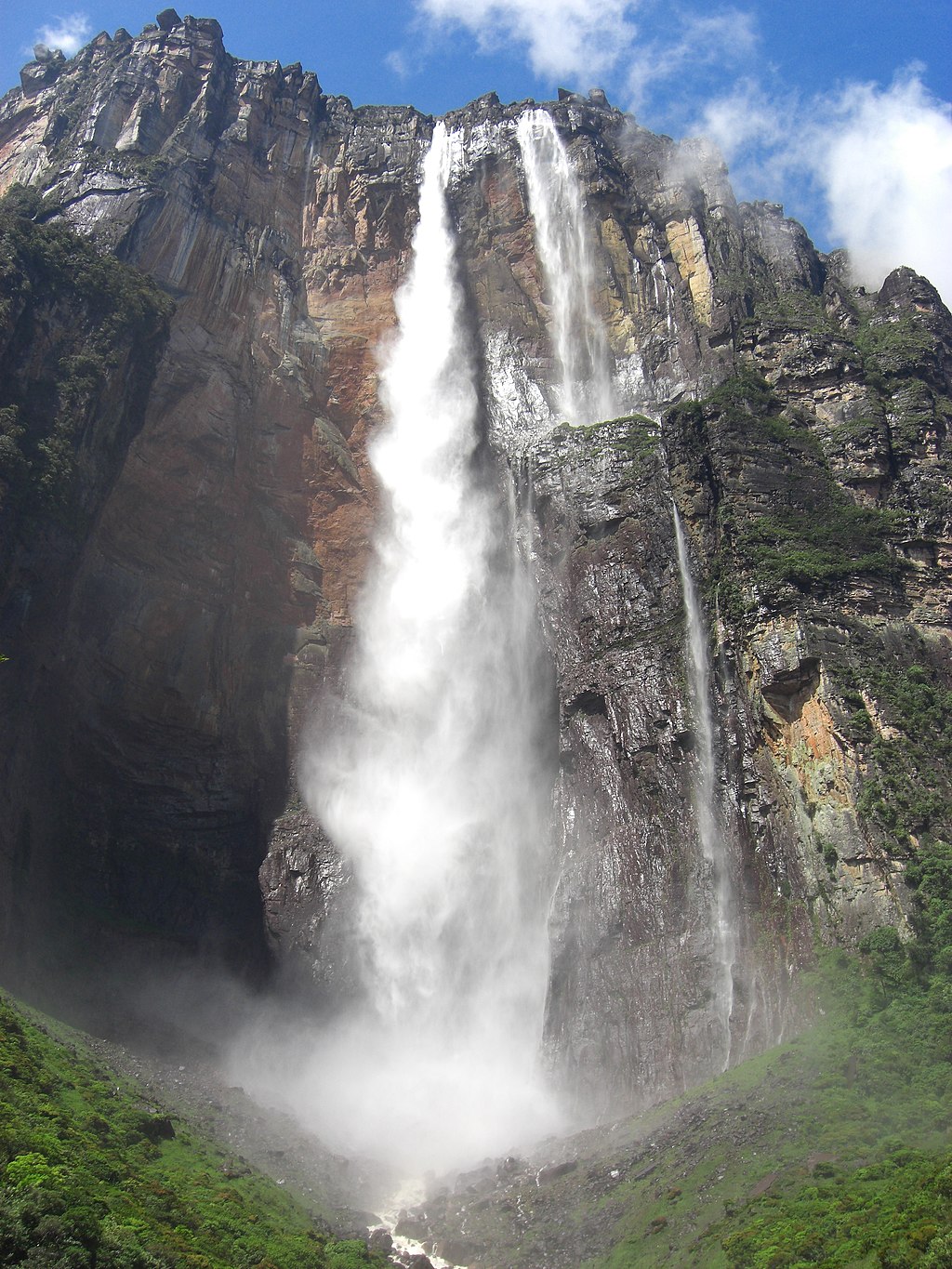