This is a system for:

What Blood Pools Do

Whereas a normal level 1 fighter might be a in bad way surrounded by the monsters, Severus has a Blood Pool of 3 vs kobolds.

That means he has three Kobold Blood Points to spend during the fight, which represent his experience against them.

The default setting is for spending a BP to mean the die is rerolled, and you take whichever of the results you prefer, and you can spend as many BP per roll as you wish.

There are obvious ways to customize this system; see the Dials heading below.

Why Use Blood Pools

Why Not Use Blood Pools

How to Track Pools & Points

Note: the “Total” Blood Pool Points are your General Pool; they mean the same thing in the text below. 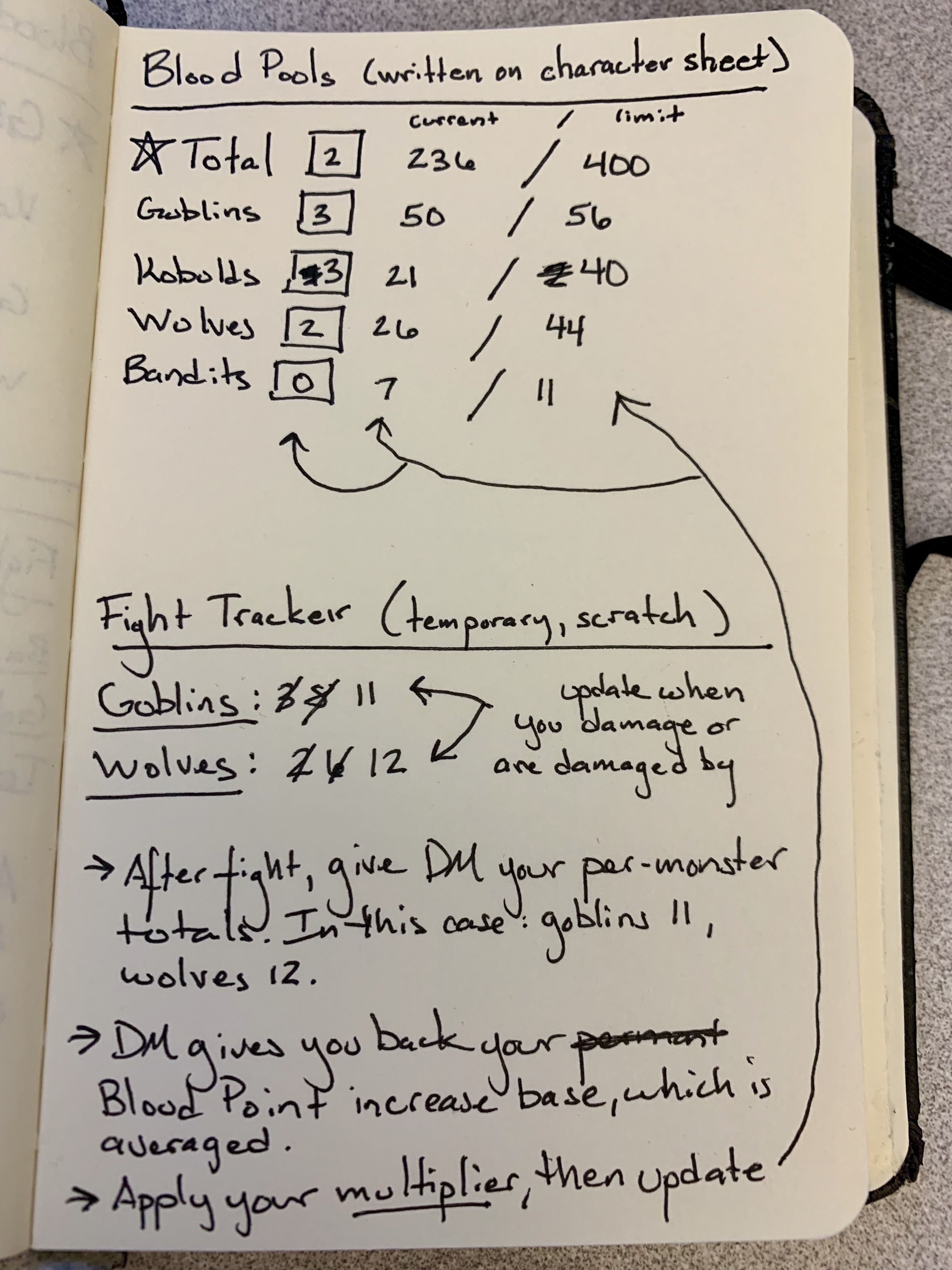 These are things you can adjust easily.

I would say this is not disassociated since it clearly represents and has a causal link to established diagetic events.